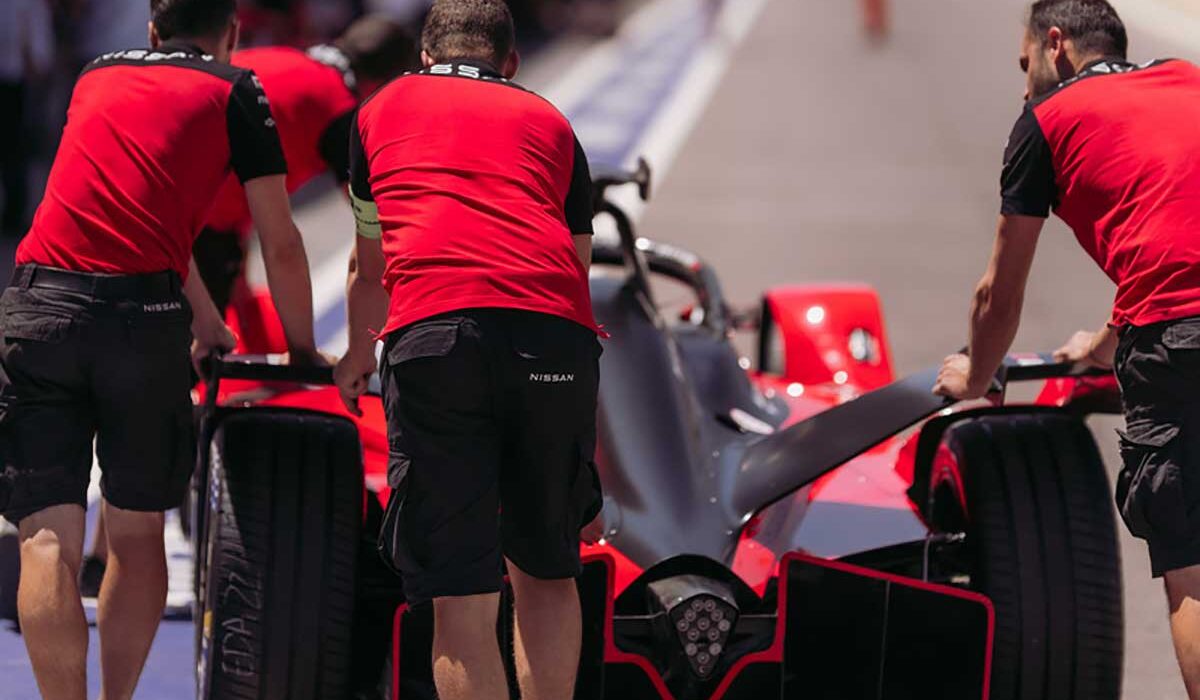 It was the fifth time that the race has been held in the Moroccan capital. Nissan e.dams drivers Sébastien Buemi and Maximilian Günther have enjoyed great success in previous E-Prix held there.

Buemi won the inaugural Marrakesh E-Prix in 2016 and came second in 2018, while Günther managed a podium finish the last time the race was stage there, in 2020. This time, the two drivers narrowly missed out on the qualifying duels.

“We’re immensely proud of Sébastien and Maximilian,” says Nissan Africa managing director Mike Whitfield. “This is an incredibly competitive sport – and indeed the cutting edge of motorsport. One day, all Grand Prix will be E-Prix.”

The Formula E series is a wonderful showcase for innovation in the electric vehicle field.

“It’s a perfect fit for Nissan because we’ve been world leaders in this field starting with our Nissan LEAF and continuing now with Nissan AMBITION 2030, which commits us unequivocally to an electric future. Competing in Formula E literally puts the pedal to the metal when it comes to proving the real possibility of a carbon neutral future, by unlocking the potential of high performance zero emission electric vehicles.”

Having the race in Morocco was another plus, says Whitfield, for the company and the continent. It is one Africa’s two significant automotive manufacturing hubs, along with South Africa, producing vehicles for the European export market.

“Morocco stands as a beacon of what can be achieved and how a successful local automotive industry can diversify its country’s economy and contribute hugely to its success, by creating sustainable jobs and contributing to the balance of payments through exports,” he says.

Africa remains the last automotive frontier in the world, with a motorization rate of 42 vehicles per 1 000 inhabitants far below the global average of 182, which Nissan is working very hard through the African Association of Automotive Manufacturers (AAAM) to address.

“As we work hard to make the African Continental Free Trade agreement (AfCFTA) a reality there’s no doubt of the potential ground breaking role that the automotive sector can play by creating regional networks of vehicle and component manufacturers.

An important part of this will be creating a coalition of the willing to establish the necessary legislative frameworks to set standards, level the playing fields and encourage the necessary foreign investment,” he says.

The World Bank estimates that the economic impact of the AfCFTA if it is effectively implemented could potentially increase the combined GDP of the continent by $450-billion by 2035, lifting more than 100-million people out of poverty.

The electrification of Africa, says Whitfield, will take place depending on precisely that same kind of shared vision and commitment between the public and the private sectors to make it possible.

“Hosting yet another successful E-Prix as Morocco has just done, shows everyone what can be achieved and provides a real glimpse into a future carbon neutral world.”

The Nissan e.dams return to action later this month when Formula E moves to New York, USA, for the next stage of the World Championship.